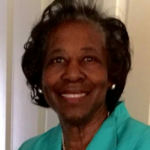 Why Is Viola Davis Brown Influential?

According to Wikipedia, Viola Davis Brown born in Lexington, Kentucky, was a participant in the civil rights movement with contributions to public health and medical education in Kentucky. Personal life and education Viola Davis is the daughter of Donnie and Mable Davis. Davis married Percy H. Brown on June 29, 1957. Percy and Viola have five children together: Clarence, Michael, Bonnie, Donna, and Linda. In 1959, Mrs. Brown became the first to attend the Nazareth School of Nursing affiliated with St. Joseph Hospital in Lexington, Kentucky. Viola Brown graduated in 1959 and was soon appointed to the position of Supervisor of Nursing. In 1960, this was the first promotion of its kind for an African American in Kentucky.

Other Resources About Viola Davis Brown

What Schools Are Affiliated With Viola Davis Brown?

Viola Davis Brown is affiliated with the following schools: