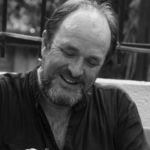 Why Is William Dalrymple Influential?

William Dalrymple is a prolific writer and historian, and the OP Jindal Distinguished Lecturer at Brown University. He attended school at Ampleforth College and Trinity College at Cambridge. Dalrymple still spends part of each year at his home in India.

Dalrymple has studied the art and history of countries and regions through the Middle East, India and Central Asia. He has published many award-winning books about his research, including The Last Mughal, which was awarded the Duff Cooper Memorial Prize for History and Biography and the Vodafone Crossword Book Award; White Mughals: Love & Betrayal in Eighteenth-Century India, which won the Scottish Book of the Year Prize and the Wolfson Prize for History, and The Age of Kali, which was awarded the French Prix d’Astrolabe. His books have been translated into 40+ languages.

He is a fellow of the Royal Asiatic Society and a corresponding fellow of the Royal Society of Edinburgh. He most recently published a book about the history of India between 1739 and 1803, titled The Anarchy: The East India Company, Corporate Violence, and the Pillage of an Empire. He is an ongoing contributor to The Guardian, the New Statesman and The New Yorker. In recent years, he has been touring throughout the UK, India, Pakistan, Holland and other countries with his band, which is made up of Sufis, Bauls, Fakirs and Theveram singers.

According to Wikipedia, William Dalrymple is a Scottish historian and writer, art historian and curator, as well as a broadcaster and critic. His books have won numerous awards and prizes, including the Duff Cooper Memorial Prize, the Thomas Cook Travel Book Award, the Sunday Times Young British Writer of the Year Award, the Hemingway, the Kapuściński and the Wolfson Prizes. He has been five times longlisted and once shortlisted for the Baillie Gifford Prize for non-fiction. The BBC television documentary on his pilgrimage to the source of the river Ganga, "Shiva's Matted Locks', one of three episodes of his 'Indian Journeys' series, which Dalrymple wrote and presented, won him the Grierson Award for Best Documentary Series at BAFTA in 2002. In 2018, he was awarded the President's Medal of the British Academy. He is also one of the co-founders and co-directors of the annual Jaipur Literature Festival.

Other Resources About William Dalrymple

What Schools Are Affiliated With William Dalrymple ?

William Dalrymple is affiliated with the following schools:

William Dalrymple has made the following academic contributions: