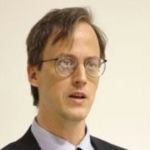 Why Is William A. Dembski Influential?

Trained as a mathematician, philosopher, and theologian, William Albert “Bill” Dembski is a writer, editor, and researcher whose books and articles range over mathematics, engineering, philosophy, theology, and education. A past philosophy professor, he retired from teaching in 2013. A prominent proponent of intelligent design (ID), specifically for developing rigorous methods of design detection, he was a senior fellow of Discovery Institute’s Center for Science and Culture until 2016 and is currently a member of Discovery’s Institute’s governing board. He has secured the rights from Cambridge University Press for his monograph The Design Inference: Eliminating Chance Through Small Probabilities, and is planning a second edition of that work.

Currently, his main efforts focus on the connections linking freedom, technology, and education — specifically, how education helps to advance human freedom with the aid of technology. To that end, Dembski has become an entrepreneur who builds educational software and websites. At the same time, Dembski continues to write on an expanding range of subjects (such as biographies of the math teacher Jaime Escalante and the baseball pitcher Steve Dalkowski). For a complete record of his academic achievements, see the life work page on his blog (at BillDembski.com).

According to Wikipedia, William Albert Dembski is an American mathematician, philosopher and theologian. He was a proponent of intelligent design pseudoscience, specifically the concept of specified complexity, and was a senior fellow of the Discovery Institute's Center for Science and Culture . On September 23, 2016, he officially retired from intelligent design, resigning all his "formal associations with the ID community, including [his] Discovery Institute fellowship of 20 years". A February 2021 interview in the CSC's blog Evolution News announced "his return to the intelligent design arena".

Other Resources About William A. Dembski

What Schools Are Affiliated With William A. Dembski?

William A. Dembski is affiliated with the following schools:

What Are William A. Dembski's Academic Contributions?

William A. Dembski has made the following academic contributions: