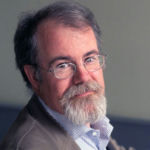 Why Is William Easterly Influential?

William Easterly is co-director of New York University’s Development Research Institute and Professor of Economics. He earned his B.A. from Bowling Green State University and his Ph.D in economics from the Massachusetts Institute of Technology.

Easterly’s research into the use of foreign aid has challenged the theories and understandings of geopolitics that inform foreign aid policy. In his work such as The White Man’s Burden: Why the West’s Efforts to Aid the Rest Have Done So Much Ill and So Little Good and The Elusive Quest for Growth: Economists’ Misadventures in the Tropics, he questions the motivations of governments engaged in efforts to “help” developing nations, suggesting that instead the motivations might be more colonialist in nature, and if not, certainly influenced by the economic gains to be realized.

In his research, he holds that two different types of providers of foreign aid exist: Planners who impose plans on the people they are helping, and Searchers who seek out solutions to real needs expressed by the local population.

He has held positions at the World Bank as both an economist and a senior advisor for the Macroeconomics and Growth Division, before working for the Center for Global Development and the Institute for International Economics. He has been an active columnist and commentator for The New York Times, The Wall Street Journal, Business Week, the BBC, and National Public Radio.

According to Wikipedia, William Russell Easterly is an American economist, specializing in economic development. He is a professor of economics at New York University, joint with Africa House, and co-director of NYU’s Development Research Institute. He is a Research Associate of NBER, senior fellow at the Bureau for Research and Economic Analysis of Development of Duke University, and a nonresident senior fellow at the Brookings Institution in Washington DC. Easterly is an associate editor of the Journal of Economic Growth.

Other Resources About William Easterly

What Schools Are Affiliated With William Easterly?

William Easterly is affiliated with the following schools:

What Are William Easterly's Academic Contributions?

William Easterly has made the following academic contributions: