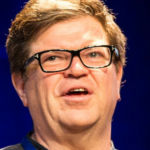 Why Is Yann LeCun Influential?

Areas of Specialization: Artifical Intelligence, Deep Learning Networks
LeCun is one of the most important people in the subfield of computer science known as machine learning. In particular, he is one of the original scientists working on Deep Learning systems, which are enormously popular in work on Artificial Intelligence today. LeCun received his engineering degree from ESIEE Paris in 1983, and his Ph.D. from Université Pierre et Marie Curie in 1987.

LeCun’s long career has been laser-focused on research on neural networks, actually an old technique in machine learning dating back almost to the inception field of Artificial Intelligence—an important subfield of computer science focused on making intelligent applications—in the 1950s. However, LeCun’s research has been mostly on what are now called “Deep Learning” networks, neural networks that are organized in hierarchies of layers, making them more powerful for many tasks like recognizing objects in photos. Not surprisingly, LeCun’s work on Deep Learning attracted the attention of Web giant Facebook, where he now holds the position of Vice President, Chief AI Scientist at the company. He retains the title of Silver Professor of the Curant Institute of Mathematical Sciences at New York University.

LeCun has significant influence at Facebook and NYU discussing and working on improving Deep Learning systems in AI. As Deep Learning has come to dominate many areas of research in AI, in particular for Web companies like Google, Facebook, Amazon, and others, LeCun’s star has rapidly risen in the last decade. LeCun is a member of the US National Academy of Engineering, and recipient of other awards including the prestigious Turing Award in 2019, which he shares with colleagues Geoffrey Hinton and Yoshua Bengio.

According to Wikipedia, Yann André LeCun is a French computer scientist working primarily in the fields of machine learning, computer vision, mobile robotics, and computational neuroscience. He is the Silver Professor of the Courant Institute of Mathematical Sciences at New York University, and Vice President, Chief AI Scientist at Meta.

Other Resources About Yann LeCun

What Schools Are Affiliated With Yann LeCun?

Yann LeCun is affiliated with the following schools: