Why do people commit crime? | Interview with Dr. Alex Piquero

Criminologist Alex Piquero talks with student Karina Macosko about how he went from being a DJ to one of the most influential criminologists of our time. Dr. Piquero interviewed death penalty jurors to begin answering the question of “why people commit crimes?“. He advocates for early crime prevention and believes if you prevent a high-risk child from becoming a career criminal, society can essentially save up to 5 million dollars. To implement this, Piquero studies policies like early family-child training which helps to socialize children at a young age. Dr. Alex Piquero also advises students to “be a sponge” and remain open to new experiences throughout college.

Karina Macosko: Hi, my name is Karina Macosko, from AcademicInfluence.com, and I am here with Professor Piquero, who is a criminologist, and we just wanna know…

how did you get your start in your field, and how did you become a criminologist?

Alex Piquero: Well good morning Karina, it’s a pleasure to be here on AcademicInfluence. It’s a real treat for me. It was really interesting. It’s complete serendipity. I was a radio television film major, as an undergrad, at the University of Maryland, College Park. And my first semester I was gonna be a DJ. In fact, I had my own radio show playing records, and all that kind of stuff. And then my second semester of my freshman year, one of my classes didn’t make, so I had to go to drop out, and so unlike you, where you can do all the this stuff online, we had to wait in line, literally a long line, to find out what would be available by the time we got to the front of the queue. And when I got to the front of the queue, there was only one class that was open after 11 o’clock, on Tuesday and Thursdays, ’cause I didn’t wanna have an early morning class. And it was intro to Criminal Justice. And so, I knew nothing about it, ’cause it was just open.

So I took the class, and fell in love with the a topic. The instructor was just magnificent, just had this presence about her. And really drew me into the topic, and then I switched my major, and then at the end of undergrad, or towards the end of undergrad, I started working with a professor on a research he was doing, on death penalty jury trials, and so I got to interview people who sat on death penalty juries.

Alex: And he suggested, "you might wanna go to grad school," and I said, "What’s grad school?" My mom and dad were Cuban political refugees, so they came into the United States, when I was 16 years old.

Alex: And so none of them finished college. And so, I went to home him and I said, "Mom and dad, I wanna go to grad school." And the first question is, "How much does that could have cost?" ’cause we were not very well off, growing up as a kid... As kids. And so, I went to grad school, and got my PhD, and started my career in 1996, at Temple University, and I’ve been in academia for 25 years, and just started here at the University of Miami, a few months ago.

0:02:14.2Being a Criminologist and your findings

Karina: Wow, that is incredible. And can you tell us what do you do as a criminologist? What’s your day...

Alex: Yeah, so I study, why people commit crime. I’ve always been interested in why people do, what they do? And so why do people... Why do some people start committing crime? Why do some people continue committing crime? And how do we get those people who are committing crime, stop? And so I focus on, not just why people do what they do, but also the kinds of policy responses that we should be doing, with respect to preventing individuals from engaging in crime, and also intervening in individuals lives. I also study crime trends, crime policy, race and crime, and Policy issues. I do a wide variety of things in criminology.

Karina: That is fascinating. And can you just kinda give us a short overview of what you’ve found, why do people commit crimes, and what can we do to stop it, I guess?

If you start doing these things when they're 19, 20, 30 years old, you've wasted all this time, and so my research actually shows that if you can prevent a high risk kid from becoming a career criminal, you can save upwards of 5 million dollars, for that individual.” – Dr. Alex Piquero
TWEET POST

Alex: Yeah. So everybody has their favorite answer, and there’s no really one favorite answer. I think there is a modicum of choice that we have. But those choices are constrained. Whether they’re constrained by educational experiences, whether they’re constrained by the environment you live in, whether it’s the stress distress and disadvantage. Whether a child is adequately socialized, to have strong impulse control when they’re kids. And so all of these things kind of are a part and parcel of about why people do what they do, in certain situations. And we do know a lot about crime prevention, the thing that we need to be doing is... We need to be do doing it earlier in life as opposed to later in life. If you start doing these things when they’re 19, 20, 30 years old, you’ve wasted all this time, and so my research actually shows that if you can prevent a high risk kid from becoming a career criminal, you can save upwards of 5 million dollars, for that individual.

So it behoves all of us, to be really interested in how we socialize our kids, and get 'em on the right pathways, not just respect with less crime, but also to have good educational outcomes, good employment outcomes, and importantly, good interpersonal and social relationships.” – Dr. Alex Piquero
TWEET POST

Alex: And that money goes back into society, because all of us, are beneficial when people are as pro-social as they can, and less anti-social. So it behoves all of us, to be really interested in how we socialize our kids, and get ’em on the right pathways, not just respect with less crime, but also to have good educational outcomes, good employment outcomes, and importantly, good interpersonal and social relationships.

Karina: Wow, that is crazy. And what kind of policies have you looked at, that would help encourage this socialization?

Alex: Sure. A lot, actually, I’ve testified at the Swedish government, and other countries around the world, about what we know, what works best. And one of the things that works best is early family child prevention. And so what you’re doing in this area is, it’s modeled after something called a nurse home visitation program, that was done by a guy named David Olds . And basically what you’re doing is, you’re trying to train parents, when the baby is still in utero, and then in the first few years of the kid’s life, parents don’t exactly know what to do with the child, and so sometimes people need to be told what to do. And then it’s about socializing the kids, when they’re young, and so you’re trying to develop self-control.

So I have a puppy. And so my puppy is close to turning one, so I brought the puppy home. And the puppy doesn’t know, where to go to the bathroom. The puppy doesn’t know what to do. So you have to train the puppy, to go to the door, to go outside. And so it’s very similar to children. You need to tell them, "No, you can’t have this right now. You have to do these other things." And so you have to explain to them, that they’re short-term and long-term. And so we need to defray the short-term rewards of things, and focus on the long-term. So I got up at 4.30 in this morning, to go to the gym. And so... Because that’s what I have to do. And so I have that control in me, because I know I’m probably gonna eat bad later on today, so, I need to have the workout done. And so that self-control, it’s about making decisions that you don’t always want to do, but they’re the right things to do. And so programs aimed at early Family, Parent Child Training, and Development, socialization, that’s where why we see the really strongest effect. And it’s not just for reducing anti-social behavior, it’s also for improving the outcomes of these kids in school, and of course, if they do good in school, they’re gonna do good in the workforce.

Alex: They do good in the workforce, they’re gonna do good in everything else. And so again, it’s early child investment, as early as we possibly can.

Karina: That is so interesting, and you had kind of a unique college experience, by shifting your major, so drastically, but what advice would you give to somebody, who’s maybe going into college thinking that they’re gonna do one thing, and now they’re considering switching their major, or they’re just going into college and have no idea what they wanna do?

Alex: I actually think it’s better that people have no idea what they’re gonna do. Because when you finish high school, we have were all finished high school, right? We think we know everything.

And so what college is designed to do, is to show you the world. Not just academically, but also with your interpersonal relationships, meeting people from diverse backgrounds, who speak different languages, and different cultures, and different foods, and different experiences.” – Dr. Alex Piquero
TWEET POST

Alex: And we really know nothing. And so what college is designed to do, is to show you the world. Not just academically, but also with your interpersonal relationships, meeting people from diverse backgrounds, who speak different languages, and different cultures, and different foods, and different experiences. And so in college, you are... You’re not taught what to think, you’re taught how to think, and how to ask questions. And I think that... When I’m 17-18, I thought, this is the only thing I’m gonna do. And... ’cause you don’t know what you don’t know.

Alex: And, so I think those first year or two, of being an undergrad, take all of the required University core classes, and just be a sponge. Because you don’t know, what might excite you. And so I took an Intro to Astronomy class, and I’m like, "I... This isn’t for me." And then Intro to CJ was like, "Wow, that’s... " It just rocked my world." And so I think, be... Have an open mind, and I say this in life, allow for serendipity to happen. Don’t plan to have a plan. You just gotta let things roll. 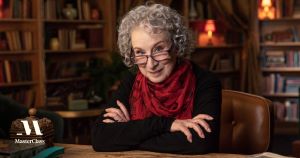