What can science and history tell us about the other? Historian Dipesh Chakrabarty talks with Karina

We met with Dr. Dipesh Chakrabarty to discuss changing majors, using science to help understand history, and much more. Enjoy!

History expert Dipesh Chakrabarty shares how he switched from science to business to history, particularly as a way of understanding his country of India, and later Australia. He discusses how he uses science to help understand history and vice versa, especially when viewing both through the lens of philosophy.

So historians would say, "Oh, it's not black and white. It's gray," without realizing that your junior science class actually tells you that gray is black and white.” – Dr. Dipesh Chakrabarty
TWEET POST

Karina Macosko: Hi. My name is Karina Macosko from Academic Influence, and I am here with Professor Chakrabarty, who is a history professor at the University of Chicago.

And we just wanna know what influenced you to go into history and what really brought you to that field?

Dipesh Chakrabarty: It’s an interesting question because I started out as a student of science. So my undergraduate degree was in physics. And I had geology as my minor.

Dipesh: And then I went to a business school. And I got interested in history because we had a very good professor of history in the business school, teaching in the business school. And he converted me to the course of history. I guess, I was always interested in understanding my society and India and... One problem we had in the business school was that they’d just been set up with American help, and all the literature we read was American. So I kind of felt that what I was reading wasn’t connecting with the society I was from. And in this history professor’s class, I got a way of understanding my society, its past, its present, how it had changed, and initially, I thought, “Okay, I need to read history to understand how businesses should operate in India.” But the more I read into it, I became very interested in history as such, and so I began... My first piece of research was basically on trade unions and labor in India and... Yeah. So that’s what I did.

Dipesh: So I was very... I began... History became a way for me to understand how a place like India, which had been under British rule for 200 years and had imbibed a lot of European institutions and practices like from traffic rules to having a parliamentary democracy but still different culturally and historically enough for all those rules to eventually look and the institutions to look different. So I became interested in the question of, “What did we owe to Europe and how did we make those things our own?” So that’s... Yeah.

Karina: And so is most of your... Do you mostly study India’s history or do you study other parts of the world too?

Dipesh: You know, I, no... I mostly did Indian history and because I lived in Australia for a long time, I became interested in Australian history, in Australian Aboriginal history. So I was actually... Did a little bit of work... Done a little bit of work, very little myself, but also supervised PhD students on Australian and New Zealand history, and masters students. But in the last 10 years, I’ve been actually working generally on climate change globally and its implications for the writing of history.

See, one thing that happened in my case was, because I came from other kind of subjects to history, I was always interested in understanding the difference between how historians thought and how physicists thought, for instance. So I was interested in the difference between science and humanities, and between social science and humanities, so that was another interest I always had.

And in the last 10 years working on climate change, it’s become... [chuckle] It’s brought me closer to my... Some of my undergraduate interests in geology and physics and chemistry, [chuckle] and also in this question of the relationship between science and humanities. So I was always very interested in questions of method, questions of language, questions of rhetoric, how you express yourselves. What do you... When do you consider a statement proven in history as distinct from a statement in Euclidean geometry, for instance?

Karina: Wow. And you said that you try to study the difference between how historians think compared to something like a physicist. What did you find? How do they think differently?

Karina: That is such an interesting...

Dipesh: Mixed up together, right? [chuckle]

Karina: Way of thinking about it.

Dipesh: Right? So [chuckle] yeah, and then I realized that when historians use the word “therefore,” it’s a much weaker word than when a scientist uses it. So I realized that what therefore means in a text on history is that it is plausible.

Dipesh: As distinct from being proven.

Karina: Wow, that is interesting.

Dipesh: Right. Or you might say there’s overwhelming evidence for this. Yeah. So I was always interested in... [chuckle] Because I came through all these different subjects and because of my temperament I guess, I was always interested in how people think and how different disciplines teach you to think differently. And I now think of every discipline is coming packaged with its bundle of insights and blindness [chuckle] and blindnesses. So it’s a... Every discipline teaches you to see certain things and not see other things. [chuckle]

Karina: And you said you started as a physics major. What made you originally choose physics?

Dipesh: Well, because, you know, you see if... I mean, I was growing up in India. You have to remember that India didn’t have a good counseling system, my time in schools or colleges. I later on realized that the cast of my mind, I mean, what I really love to think about are philosophical questions.

And physics was, at least theoretical physics, was the closest I could get to philosophical questions. But I did not enjoy so much the practical side of physics, like doing experiments and things like that. I was not really good at those things. [chuckle] And I realized that if I had had a better counseling system in India, I would have probably [chuckle] switched to philosophy. So what I have to do in my life is to push my training as a historian to ask philosophical, philosophy-like questions, eventually.

Karina: If you went back and redid college, redid your undergrad, do you think you would have just started out as a history major or do you think it would... In the end, it was good that you started in physics?

Dipesh: I think in the end it was good that I did science because it... Science gives you a certain training in disciplined thinking, it gives you a certain sort of training and thinking in logical steps, and it gives you a certain training in remembering the previous step in argument before you go on to the next step. And sometimes what I find in my colleagues in history or other things is that, I have to, even when I write, I have to say the same thing over and over and over again for them to hear what I’m saying [chuckle] because the training is not, that you hold in your mind what you’ve already heard and go on to the next step. Some obviously do that, but many don’t. And sometimes I realize from the criticisms I get, I realize that, “Ah, I did say that but I only said it once.” [chuckle] And I really needed to say it four or five times [chuckle] for these people to hear it. And that’s purely a disciplinary training of how you hear things. But, you know, if you do even school, high school geometry before you use your sign for therefore, the three dots, you have to know what you said before, what has come before, right?

Dipesh: Yeah. Because you know the plunge you are taking with the word therefore, yeah.

Karina: Well, thank you so much. It was such a pleasure to be able to interview you and thank you for giving us that unique perspective on history.

Dipesh: Thank you for talking to me. 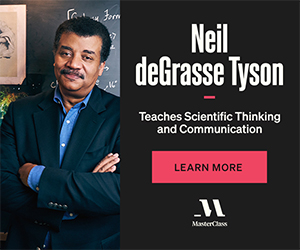 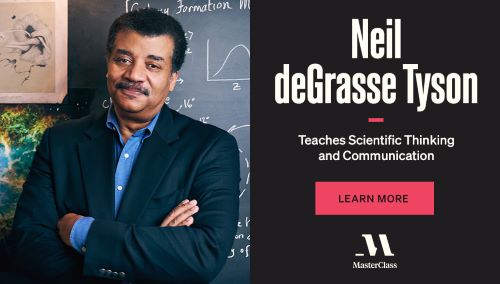