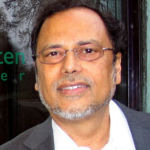 Why Is Dipesh Chakrabarty Influential?

Chakrabarty has made substantial contributions to postcolonial theory and subaltern studies. He has focused on intersections between history, colonialism, postcolonialism, historicism and nationalism. He has lectured for universities around the world, from Princeton University to the Max Planck Institute for Historical Sciences at the University of Göttingen, Germany.

He has written a number of books, including Rethinking Working-Class History, Provincializing Europe: Postcolonial Thought and Historical Difference, and The Crises of Civilization: Exploring on Global and Planetary Histories.

He has been a Fellow of the American Academy of Arts and Sciences since 2004 and was designated an Honorary Fellow of the Australian Academy of the Humanities in 2006. In 2014, Chakrabarty was recognized with the Toynbee Prize, an honor for social scientists making significant scholastic contributions. Most recently, he received the Tagore Memorial Prize from the government of West Bengal, India.

According to Wikipedia, Dipesh Chakrabarty is an Indian historian, who has also made contributions to postcolonial theory and subaltern studies. He is the Lawrence A. Kimpton Distinguished Service Professor in history at the University of Chicago, and is the recipient of the 2014 Toynbee Prize, named after Professor Arnold J. Toynbee, that recognizes social scientists for significant academic and public contributions to humanity.

Other Resources About Dipesh Chakrabarty

What Schools Are Affiliated With Dipesh Chakrabarty?

Dipesh Chakrabarty is affiliated with the following schools: