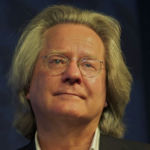 Why Is A.C. Grayling Influential?

His research interests have explored philosophical logic, concepts of trust and meaning, cognitive conditions for learning, and the acquisition of empirical knowledge. His writings have added to our understanding of the work of Descartes and Berkeley, the Enlightenment, and the emergence of modern philosophy. Among his works are The History of Philosophy, which is his most recent work, Scepticism and the Possibility of Knowledge, The Age of Genius, Liberty in the Age of Terror, and The Quarrel of the Age: The Life and Times of William Hazlitt.

Grayling has served as the chief officer of the Aristotelian Society from 1993-2003, fellow of the World Economic Forum, Trustee of the London Library, and as a supporter of Medecins Sans Frontieres, Amnesty International, and Greenpeace. He is the International Humanist and Ethical Union’s representative to the UN Human Rights Council and Vice President of the British Humanist Association. Since 1992, he has been a Supernumerary Fellow of St. Anne’s College, Oxford.

According to Wikipedia, Anthony Clifford Grayling is a British philosopher and author. He was born in Northern Rhodesia and spent most of his childhood there and in Nyasaland . In 2011 he founded and became the first Master of New College of the Humanities, an independent undergraduate college in London. Until June 2011, he was Professor of Philosophy at Birkbeck, University of London, where he taught from 1991. He is also a supernumerary fellow of St Anne's College, Oxford where he formerly taught.

Other Resources About A.C. Grayling

What Schools Are Affiliated With A.C. Grayling?

A.C. Grayling is affiliated with the following schools:

What Are A.C. Grayling's Academic Contributions?

A.C. Grayling has made the following academic contributions: