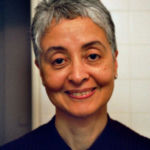 Why Is Adrian Piper Influential?

According to Wikipedia, Adrian Margaret Smith Piper is an American conceptual artist and Kantian philosopher. Her work addresses how and why those involved in more than one discipline may experience professional ostracism, otherness, racial passing, and racism by using various traditional and non-traditional media to provoke self-analysis. She uses reflection on her own career as an example. Piper has been awarded various fellowships and medals and has been described as having "profoundly influenced the language and form of Conceptual art". In 2002, she founded the Adrian Piper Research Archive in Berlin, Germany, the focus of a foundation that was established in 2009.

Other Resources About Adrian Piper

What Schools Are Affiliated With Adrian Piper?

Adrian Piper is affiliated with the following schools: