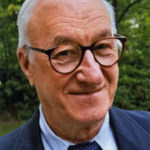 Why Is Albert Bandura Influential?

Albert Bandura, who passed away July 26, 2021, held the title of David Starr Jordan Professor Emeritus of Social Science in Psychology at Stanford University. A top name in social psychology, Bandura was born in Mundare, Alberta, Canada, and earned his bachelor of arts at the University of British Columbia in 1949. He soon moved to the U.S. and earned his MA in 1951 and PhD in 1952 at the University of Iowa. Bandura began teaching at Stanford in 1953.

Bandura is among the most cited psychologists in the (relatively) short history of the field. He is considered the founder of social learning theory, and groundbreaking model for understanding human social development. From his famous “Bobo doll experiment”, Bandura developed his theory of how humans imitate the behaviors they observe in others as a kind of “social learning,” i.e. learning what they can and cannot do in social settings. In particular, Bandura was interested in how children learn from the behaviors they observe in adults, especially aggression. This eventually led to the development of social cognitive theory, which examines how social learning affects cognition itself, not just behavior. This has had profound effects on everything from the field itself, to education, entertainment, rehabilitation, and training.

Notable works from Bandura include Self-Efficacy in Changing Societies, Self Efficacy: The Exercise of Control, and Moral Disengagement: How People Do Harm and Live with Themselves.

For his work, Bandura has received numerous awards and honors, including fellowship with the American Academy of Arts and Sciences, the Award for Distinguished Scientific Contributions from the American Psychological Association, the Thorndike Award for Distinguished Contributions of Psychology to Education, the Lifetime Achievement Award from the Association for the Advancement of Behavior Therapy, and several handfuls of honorary doctorates.

According to Wikipedia, Albert Bandura was a Canadian-American psychologist who was the David Starr Jordan Professor in Psychology at Stanford University. Bandura was responsible for contributions to the field of education and to several fields of psychology, including social cognitive theory, therapy, and personality psychology, and was also of influence in the transition between behaviorism and cognitive psychology. He is known as the originator of social learning theory and the theoretical construct of self-efficacy, and is also responsible for the influential 1961 Bobo doll experiment. This Bobo doll experiment demonstrated the concept of observational learning.

Other Resources About Albert Bandura

What Schools Are Affiliated With Albert Bandura?

Albert Bandura is affiliated with the following schools:

What Are Albert Bandura's Academic Contributions?

Albert Bandura has made the following academic contributions: