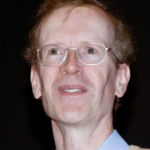 Why Is Andrew Wiles Influential?

Wiles is Royal Society Research Professor at the University of Oxford. He became an overnight sensation when he proved one of the most famous conjectures in all of mathematics, known as Fermat’s Last Theorem, after the 17th century mathematician Pierre Fermat. Wiles received his bachelor’s degree in Mathematics from Oxford and his Ph.D. in Mathematics from the University of Cambridge. He spent a year at Princeton University’s Institute for Advanced Study and then became Professor of Mathematics at Princeton University. He has taught back and forth between Princeton and Oxford for much of his stellar career.

Wiles became interested in Fermat’s Last Theorem as a child of ten, he recalls, and his later professional career became a quest to find a proof of the famous centuries old conjecture in number theory. When he proved it true in 1993, not just the world of mathematics but the entire world and the media reported the accomplishment (technically, it wasn’t completely proved until 1994). Wiles thus enjoys status among mathematicians as having solved a problem many thought true, but essentially unprovable before him.

Not surprisingly, Wiles has received many honors and awards for his career in mathematics, including the Fermat Prize (no surprise), the Wolf Prize, and a Copley Medal. He was awarded a MacArthur Fellowship in 1997.

According to Wikipedia, Sir Andrew John Wiles is an English mathematician and a Royal Society Research Professor at the University of Oxford, specializing in number theory. He is best known for proving Fermat's Last Theorem, for which he was awarded the 2016 Abel Prize and the 2017 Copley Medal by the Royal Society. He was appointed Knight Commander of the Order of the British Empire in 2000, and in 2018 was appointed as the first Regius Professor of Mathematics at Oxford. Wiles is also a 1997 MacArthur Fellow.

Other Resources About Andrew Wiles

What Schools Are Affiliated With Andrew Wiles?

Andrew Wiles is affiliated with the following schools: