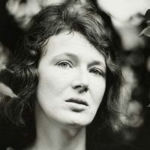 Why Is Angela Carter Influential?

According to Wikipedia, Angela Olive Pearce , who published under the name Angela Carter, was an English novelist, short story writer, poet, and journalist, known for her feminist, magical realism, and picaresque works. She is best known for her book The Bloody Chamber, which was published in 1979. In 2008, The Times ranked Carter tenth in their list of "The 50 greatest British writers since 1945". In 2012, Nights at the Circus was selected as the best ever winner of the James Tait Black Memorial Prize.

Other Resources About Angela Carter

What Schools Are Affiliated With Angela Carter?

Angela Carter is affiliated with the following schools:

What Are Angela Carter's Academic Contributions?

Angela Carter has made the following academic contributions: