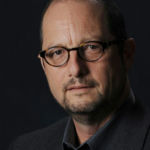 Why Is Bart D. Ehrman Influential?

Ehrman’s work has focused on textual criticism of the New Testament, the origins of early Christianity, and the historical Jesus. He has written or edited thirty books, including textbooks for undergraduate students and five New York Times bestsellers. Considered an expert on the New Testament and history of early Christianity, Ehrman has been featured in Time, The New York Times, The Washington Post, and other print media. He has also appeared on “The Daily Show with Jon Stewart,” CNN, the BBC, major NPR shows, and other top media outlets. He’s received numerous awards, including the UNC Undergraduate Student Teaching Award in 1993, the Bowman and Gordon Gray Award for excellence in teaching from 1998 to 2001, the Pope Spirit of Inquiry Teaching Award in 2008, and the Religious Liberty Award from the American Humanist Association in 2011. His books have been translated into twenty-seven languages.

Notable published works from Ehrman include How Jesus Became God: The Exaltation of a Jewish Preacher from Galilee, The New Testament: A Historical Introduction to the Early Christian Writings and more recently, Heaven and Hell: A History of the Afterlife.

According to Wikipedia, Bart Denton Ehrman is an American New Testament scholar focusing on textual criticism of the New Testament, the historical Jesus, and the origins and development of early Christianity. He has written and edited 30 books, including three college textbooks. He has also authored six New York Times bestsellers. He is currently the James A. Gray Distinguished Professor of Religious Studies at the University of North Carolina at Chapel Hill.

Other Resources About Bart D. Ehrman

What Schools Are Affiliated With Bart D. Ehrman?

Bart D. Ehrman is affiliated with the following schools:

Bart D. Ehrman has made the following academic contributions: