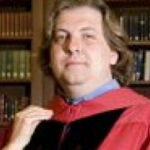 Why Is Benjamin Bolger Influential?

Benjamin Bradley Bolger was born in 1975 in Flint, Michigan. He and his family were in a severe car crash when he was a toddler, and the experience led him to try to accomplish as much as possible in his life. He has achieved this dream by becoming the second-most credentialed person in modern history: obtaining 14 degrees.

Despite being diagnosed with dyslexia and relying on his mother to read assignments to him, Bolger is an enormously successful student. He began taking college classes at Muskegon Community College when he was only 12 years old, and he had completed his first degree (an Associate of Arts) by age 17.

After completing his first bachelor’s degree (in sociology from the University of Michigan), Bolger experienced his first academic failure. His dyslexia made him incapable of keeping up with the demands at Yale Law School. Undaunted, Bolger sought out additional assistance for overcoming his dyslexia before enrolling at University of Oxford. His mother Loretta has traveled with him to each new university to assist him with his studies.

To date, Bolger has completed one associate’s degree, one bachelor’s degree, 11 master’s degrees, and one PhD program.

According to Wikipedia, Benjamin Bradley Bolger is an American perpetual student who has earned 15 degrees and claims to be the second-most credentialed person in modern history after Michael W. Nicholson . Like Nicholson, Bolger is from Michigan.

Other Resources About Benjamin Bolger

What Schools Are Affiliated With Benjamin Bolger?

Benjamin Bolger is affiliated with the following schools: