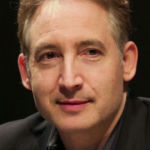 Why Is Brian Greene Influential?

Brian Greene was born in New York City in 1963. He went to Harvard University, earning a BA in physics and then completed his PhD at Oxford University in 1987. He is Professor of Physics at Columbia University and also serves as chairman of the World Science Festival since co-founding it in 2008.

Greene’s career has focused largely on developing and expounding string theory, and he has published a number of papers on aspects of the theory of strings. He is perhaps most known for his science writing, where for instance he has published the popular account of physics The Elegant Universe (1999), as well as Icarus at the Edge of Time (2008), The Fabric of the Cosmos (2004), and The Hidden Reality (2011). He has also appeared on PBS television specials. He even appeared on The Big Bang Theory episode “The Herb Garden Germination”, as well as the films Frequency and The Last Mimzy.

Greene won the Andrew Gemant Award in 2003 for his contributions to the cultural or humanistic aspect of physics, notably in his many publications about physics intended for the broader public.

According to Wikipedia, Brian Randolph Greene is a leading American theoretical physicist, mathematician, and string theorist. Greene was a physics professor at Cornell University from 19901995, and has been a professor at Columbia University since 1996 and chairman of the World Science Festival since co-founding it in 2008. Greene has worked on mirror symmetry, relating two different Calabi–Yau manifolds . He also described the flop transition, a mild form of topology change, showing that topology in string theory can change at the conifold point.

Other Resources About Brian Greene

What Schools Are Affiliated With Brian Greene?

Brian Greene is affiliated with the following schools:

What Are Brian Greene's Academic Contributions?

Brian Greene has made the following academic contributions: