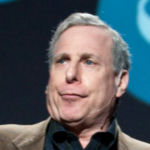 He is best known as one of the authors of selectorate theory. Selectorate theory, as described in his 2012 The Dictator’s Handbook: Why Bad Behavior is Almost Always Good Politics (cowritten with Alastair Smith), seeks to explain the five rules that dictators must follow to remain in power, including the cultivation of a small winning coalition so as to keep their needs simple, keep replacements to step up when supporters depart, control the money, give lots of money to your friends but not so much that they can overthrow you, and never give your friends’ money to the people.

He has been a Guggenheim Fellow and a member of the Council on Foreign Relations, the American Academy of Arts and Sciences, and president of the International Studies Association. He has been awarded the Dag Hammarskjold Memorial Award and a Karl Deutsch Award in International Relations and Peace Research.

According to Wikipedia, Bruce Bueno de Mesquita is a political scientist, professor at New York University, and senior fellow at Stanford University's Hoover Institution. Biography Bueno de Mesquita graduated from Stuyvesant High School in 1963, earned his BA degree from Queens College, New York in 1967 and then his MA and PhD from the University of Michigan. He specializes in international relations, foreign policy, and nation building. He is one of the originators of selectorate theory, and was also the director of New York University's Alexander Hamilton Center for Political Economy from 2006 to 2016.

What Schools Are Affiliated With Bruce Bueno de Mesquita?

Bruce Bueno de Mesquita is affiliated with the following schools:

Bruce Bueno de Mesquita has made the following academic contributions: