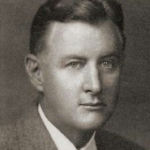 Why Is C. Vann Woodward Influential?

According to Wikipedia, Comer Vann Woodward was an American historian who focused primarily on the American South and race relations. He was long a supporter of the approach of Charles A. Beard, stressing the influence of unseen economic motivations in politics. Stylistically, he was a master of irony and counterpoint. Woodward was on the left end of the history profession in the 1930s. By the 1950s he was a leading liberal and supporter of civil rights. His book The Strange Career of Jim Crow, which demonstrated that racial segregation was an invention of the late 19th century rather than an inevitable post-Civil-War development, was endorsed by Martin Luther King Jr. as "the historical Bible of the civil rights movement". After attacks on him by the New Left in the late 1960s, he moved to the right politically. He won a Pulitzer Prize for History for his annotated edition of Mary Chestnut's Civil War diaries.

Other Resources About C. Vann Woodward

What Schools Are Affiliated With C. Vann Woodward?

C. Vann Woodward is affiliated with the following schools: