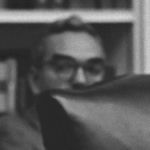 Why Is Carl Rowan Influential?

According to Wikipedia, Carl Thomas Rowan was a prominent American journalist, author and government official who published columns syndicated across the U.S. and was at one point the highest ranking African American in the United States government.

Other Resources About Carl Rowan

What Schools Are Affiliated With Carl Rowan?

Carl Rowan is affiliated with the following schools: