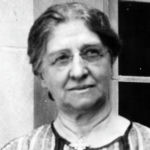 Why Is Carrie Derick Influential?

According to Wikipedia, Carrie Matilda Derick was a Canadian botanist and geneticist, the first female professor in a Canadian university, and the founder of McGill University's Genetics Department. Early life and education Born in the Eastern Townships in Clarenceville, Canada East in 1862, Derick was educated at the Clarenceville Academy . She began teaching by the age of fifteen. Derick later received teacher training at the McGill Normal School, graduating in 1881 as a Prince of Wales Gold Medal winner. She then went on to become a school teacher in Clarenceville and Montreal, and later serving as a principal of the Clarenceville Academy.

Other Resources About Carrie Derick

What Schools Are Affiliated With Carrie Derick?

Carrie Derick is affiliated with the following schools: