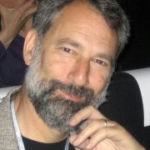 Why Is Charles Fefferman Influential?

Not alone in among any list of top mathematicians, Fefferman was a child prodigy. He received degrees in mathematics and physics at the University of Maryland at age 17. He received his Ph.D. in Mathematics at Princeton University in three years and by 22 he was full professor at the University of Chicago, the youngest full professor ever in the United States. At the ripe old age of 24, he returned to Princeton as full professor and has been there since. In 1984, he became Herbert Jones Professor of Mathematics at Princeton. Not surprisingly, the prodigy Fefferman won the Fields Medal in 1978.

In addition to the Fields Medal, Fefferman won the Wolf Prize in Mathematics in 2017, and is a fellow of the National Academy of Science as well as the American Academy of Arts and Sciences.

According to Wikipedia, Charles Louis Fefferman is an American mathematician at Princeton University, where he is currently the Herbert E. Jones, Jr. '43 University Professor of Mathematics. His primary field of research is mathematical analysis.

Other Resources About Charles Fefferman

What Schools Are Affiliated With Charles Fefferman?

Charles Fefferman is affiliated with the following schools: