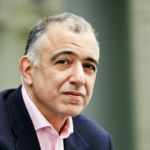 Why Is Chris Toumazou Influential?

Chris Toumazou is Chief Scientist of the Institute of Biomedical Engineering and Professor of Circuit Design at Imperial College London, Founder of Toumaz Holdings, Ltd., Chief Scientific Advisor to GENEU, Co-founder of DNAnudge, Executive chairman and Founder of DNA Electronics Ltd, and Imperial College London’s first Regius Professor of Engineering. He earned his undergraduate degree and doctorate from Oxford Polytechnic. He went on to become a Research Fellow and then, the youngest professor at Imperial College.

He has been active in the development of new mobile phone technologies and the use of silicon technology for diagnosis and management of chronic diseases. He invented Portable and Rapid Semiconductor Genome Sequencing and ion semiconductor sequencing. A prolific writer and entrepreneur, he has published over 500 research papers and owns 50 patents.

He was recognized by the Queen of England on the occasion of her 60th anniversary celebrations, with a Regius professorship, a marker of exceptional achievement. In 2013, he was awarded the Gabor Medal from the Royal Society. He is an Elected Fellow of The Royal Society, the Academy of Medical Sciences, the Royal Academy of Engineering, the Institution of Electrical Engineers and Academia Europaea. In 2020, he was a co-winner of the Entrepreneur of the Year Award, from the UK BioIndustry Association.

Other Resources About Chris Toumazou

What Schools Are Affiliated With Chris Toumazou?

Chris Toumazou is affiliated with the following schools: