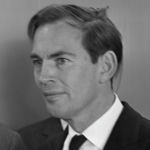 Why Is Christiaan Barnard Influential?

According to Wikipedia, Christiaan Neethling Barnard was a South African cardiac surgeon who performed the world's first human-to-human heart transplant operation. On 3 December 1967, Barnard transplanted the heart of accident-victim Denise Darvall into the chest of 54-year-old Louis Washkansky, with Washkansky regaining full consciousness and being able to talk easily with his wife, before dying eighteen days later of pneumonia, largely brought on by the anti-rejection drugs that suppressed his immune system. Barnard had told Mr. and Mrs. Washkansky that the operation had an 80% chance of success, an assessment which has been criticised as misleading. Barnard's second transplant patient, Philip Blaiberg, whose operation was performed at the beginning of 1968, lived for a year and a half and was able to go home from the hospital.

Other Resources About Christiaan Barnard

What Schools Are Affiliated With Christiaan Barnard?

Christiaan Barnard is affiliated with the following schools:

What Are Christiaan Barnard's Academic Contributions?

Christiaan Barnard has made the following academic contributions: