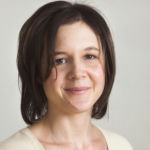 Why Is Cordelia Fine Influential?

According to Wikipedia, Cordelia Fine is a Canadian-born British philosopher, psychologist and writer. She is a Full Professor of History and Philosophy of Science at The University of Melbourne, Australia. Fine has written three popular science books on the topics of social cognition, neuroscience, and the popular myths of sex differences. Her latest book Testosterone Rex won the Royal Society Science Book Prize, 2017. She has authored several academic book chapters and numerous academic publications. Fine is also noted for coining the term 'neurosexism'.

Other Resources About Cordelia Fine

What Schools Are Affiliated With Cordelia Fine?

Cordelia Fine is affiliated with the following schools:

What Are Cordelia Fine's Academic Contributions?

Cordelia Fine has made the following academic contributions: