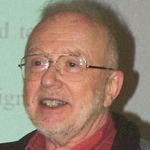 Why Is David Parnas Influential?

Parnas is world-renowned as an early promoter and developer of standards and designs for software engineering. He made fundamental contributions to programming by promoting modular designs, including the concept of “object oriented programming,” a now ubiquitous approach to designing and developing robust and extensible software. He is also known for his promotion of documentation in computer code, facilitating its proper use. He earned a professional engineering license in Canada and is widely regarded as the first computer scientist to help the discipline of software engineering take on the rigor of other engineering disciplines, with his emphasis on design and documentation. His ideas have become part and parcel to good programming principles today. He is also known for his social activism, notably his resistance to the US Strategic Defense Initiative (“Star Wars”), arguing that it would be impossible to develop software good enough to be usable as a defense against a nuclear attack.

Parnas is a Fellow of the Royal Society of Canada (1992) as well as the Association of Computing Machinery (1994). He won the IEEE Computer Society Award in 2007. He received an honorary doctorate from the Vienna University of Technology in 2011.

According to Wikipedia, David Lorge Parnas is a Canadian early pioneer of software engineering, who developed the concept of information hiding in modular programming, which is an important element of object-oriented programming today. He is also noted for his advocacy of precise documentation.

Other Resources About David Parnas

What Schools Are Affiliated With David Parnas?

David Parnas is affiliated with the following schools: