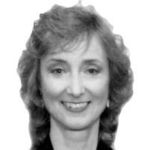 Why Is Deborah Tannen Influential?

According to Wikipedia, Deborah Frances Tannen is an American author and professor of linguistics at Georgetown University in Washington, D.C. Best known as the author of You Just Don't Understand, she has been a McGraw Distinguished Lecturer at Princeton University and was a fellow at the Center for Advanced Study in the Behavioral Sciences following a term in residence at the Institute for Advanced Study in Princeton, NJ.

Other Resources About Deborah Tannen

What Schools Are Affiliated With Deborah Tannen?

Deborah Tannen is affiliated with the following schools: