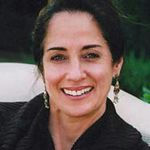 Why Is Diana Raab Influential?

According to Wikipedia, Diana Raab is an American author, poet, lecturer, educator and inspirational speaker. Early life Raab was born in Brooklyn, New York of two immigrant parents. She received her B.S. from Cortland State University in Health Administration with a minor in Journalism. She received her R.N. degree from Vanier College in Quebec, Canada and took her licensure in French. In 2003, she earned her MFA in Writing from Spalding University's low residency program in Kentucky. Raab was a medical journalist for 25 years. She has a Ph.D. in Psychology with a concentration in Transpersonal Psychology from Sofia University in Palo Alto. Her research involved the transformative and healing aspects of memoir writing.

Other Resources About Diana Raab

What Schools Are Affiliated With Diana Raab?

Diana Raab is affiliated with the following schools: