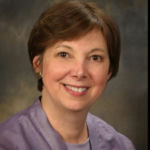 Why Is Diana Zuckerman Influential?

Zuckerman received her bachelor’s degree in psychology in 1972 from Smith College. She then attended Ohio State University, where she obtained a master’s degree in 1975 and a PhD in 1977, both in clinical psychology. During her doctoral training, Zuckerman occupied a clinical internship at Worcester State Hospital in Worcester, Massachusetts. After graduation, Zuckerman held post-doctoral fellowships at Yale Medical School and at Harvard University. She obtained her first regular faculty appointment at Vassar College, then returned to Yale University as a faculty member.

In her academic work, Zuckerman focused on the fields of epidemiology and public health, with special reference to children and families. In her later career in government and in the nonprofit sector, Zuckerman widened her scope to take in such matters as women’s and children’s health issues, medical-device safety, and conflicts of interest arising from academic medical research paid for by for-profit medical manufacturing and pharmaceutical companies.

Zuckerman first came to Washington, DC, in 1983, as a Congressional Science Fellow sponsored by the American Association for the Advancement of Science (AAAS). She worked for the next decade or so as a Congressional staffer in the House and Senate, and at the Department of Health and Human Services. After a stint with the Senate Veterans Affairs Committee, in 1995 Zuckerman was appointed to the Office of Science and Technology Policy, where she worked as a Senior Policy Advisor for First Lady Hillary Rodham Clinton.

The following year, Zuckerman left government service in order to work in the non-profit sector. In 1999, she was named President of the National Research Center for Women & Families (later renamed the National Center for Health Research), a think tank devoted to women’s and children’s health issues. Zuckerman has also served as a Fellow with the University of Pennsylvania’s Center for Bioethics.

Zuckerman has published 78 peer-reviewed journal articles and book chapters, and has authored or co-authored five books.

According to Wikipedia, Diana M. Zuckerman is an American health policy analyst who focuses on the implications of policies for public health and patients' health. She specializes in national health policy, particularly in women's health and the safety and effectiveness of medical products. She is the President of the National Center for Health Research and the Cancer Prevention and Treatment Fund.

Other Resources About Diana Zuckerman

What Schools Are Affiliated With Diana Zuckerman?

Diana Zuckerman is affiliated with the following schools: