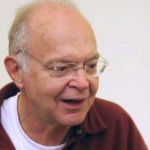 Why Is Donald Knuth Influential?

Areas of Specialization: Computer Programming, Analysis of Algorithms
Knuth is professor emeritus of computer science at Stanford University. He received his Ph.D. in Mathematics at the California Institute of Technology (Cal Tech). As an undergraduate at the Case Western Reserve University (then Case Institute of Technology), Knuth received the extraordinary honor of receiving his bachelor of science degree together with a master of science in mathematics based on the strength of his work at Case. He also helped redesign an early IBM computer while at Case, and made fundamental contributions to programming—writing a program to help predict the scores of basketball players on his college team.

While an associate professor at Caltech, Knuth wrote the influential The Art of Computer Programming, a tome of seven volumes that quickly became a go-to book for anyone interested in the how’s and why’s of computer programming. Knuth’s publication is a notoriously deep-dive into programming. In fact, Microsoft Chairman Bill Gates once quipped that “If you think you’re a really good programmer ... You should definitely send me a résumé if you can read the whole thing.” His name has become synonymous with the fundamentals of computer programming.

Knuth is also the author of Surreal Numbers, a book exploring alternate systems of numbers, as well as numerous articles and contributions to recreational mathematics. He spearheaded the idea of “literate programming,” inviting programmers to think of programming as works of literature, or writing. Winner of many awards, Knuth was inducted into the National Academy of Sciences in 1975. He is one of the true pioneers in that most central of areas of computer science, the art (and science) of writing programs.

According to Wikipedia, Donald Ervin Knuth is an American computer scientist, mathematician, and professor emeritus at Stanford University. He is the 1974 recipient of the ACM Turing Award, informally considered the Nobel Prize of computer science. Knuth has been called the "father of the analysis of algorithms".

Other Resources About Donald Knuth

What Schools Are Affiliated With Donald Knuth?

Donald Knuth is affiliated with the following schools:

What Are Donald Knuth's Academic Contributions?

Donald Knuth has made the following academic contributions: