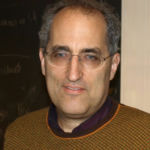 Why Is Edward Witten Influential?

Witten is Professor of Mathematical Physics at Princeton’s Institute for Advanced Study (IAS). He is known world-wide for his many important contributions to the mathematics of string theory and treatments of theoretical physics. Interestingly, Witten received his Bachelor of Arts degree in History, with a minor in Linguistics at Brandeis University in 1971. After graduation, Witten wrote for The New Republic and The Nation, and even worked on George McGovern’s presidential campaign! He returned to college and studied economics at the University of Wisconsin-Madison before dropping out, returning to Princeton University to study applied mathematics, where he received his Ph.D. in Physics in 1976.

The rest, as they say, is history. Witten won the “genius award,” the MacArthur Grant in 1982, and had won the Fields Medal in Mathematics in 1990. Technically a physicist (not a mathematician), the noted mathematician Michael Atiyah noted that Witten’s “command of mathematics is rivaled by few mathematicians, and his ability to interpret physical ideas in mathematical form is quite unique.” Indeed, with Witten’s talent it is difficult to separate his thinking about theoretical physics with mathematics proper, as the “thinking” about physics is done in the language of mathematics. At any rate, Witten is widely regarded as one of the finest mathematicians in the world, as the Fields Medal surely attests.

Among many other awards, Witten received the Nemmers Prize in Mathematics in 2000.

According to Wikipedia, Edward Witten is an American mathematical and theoretical physicist. He is a Professor Emeritus in the School of Natural Sciences at the Institute for Advanced Study in Princeton. Witten is a researcher in string theory, quantum gravity, supersymmetric quantum field theories, and other areas of mathematical physics. Witten's work has also significantly impacted pure mathematics. In 1990, he became the first physicist to be awarded a Fields Medal by the International Mathematical Union, for his 1981 proof of the positive energy theorem in general relativity. He is considered the practical founder of M-theory.

Other Resources About Edward Witten

What Schools Are Affiliated With Edward Witten?

Edward Witten is affiliated with the following schools: