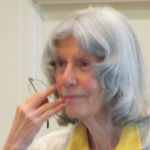 Why Is Eleanor Rosch Influential?

Eleanor Rosch currently holds the title of Professor Emerita at the University of California, Berkeley. Previously, she also taught at Brown UniversityBrown University and Connecticut College. Rosch completed her undergraduate studies at Reed College in Philosophy. Rosch took a short break from academia to work as a social worker for several years, before eventually earning her Ph.D. in psychology from Harvard University.

Rosch has a wide array of interests within psychology and in other fields. including linguistics, philosophy, and religion. She has studied cross-cultural psychology and closely examined the relationship between religion and psychology in different regions.

Rosch specializes in cognitive psychology, and draws on her philosophical background, particularly the work of Ludwig Wittgenstein and linguistic philosophy. Much of Rosch’s work is focused on conceptualization and categorization, or how we make sense of the world. Rosch is perhaps most famous for her study from field research into the language and experience of the Dani people of Papua New Guinea. In brief, Rosch showed that although the Dani people lack words for colors, they still categorize objects by what we recognize (in English) as colors, suggesting that basic objects and categorization go beyond cultural limits. Additionally, Rosch’s work has focused in Eastern philosophy and psychology, particularly in Buddhism. Along with Francisco Varela , Evan Thompson , The Embodied Mind, is considered a classic work in the “embodied cognition” movement and among the first to examine the connection between science and Buddhist practices.

For her work, Rosch has received honors such as fellowship with the Cognitive Science Society.

What are prototypes in psychology?

A prototype is considered the optimum representation of an item in a specific category. According to Rosch a prototype of an object is created by an individual based on their past experience with similar objects in the same category.

What is meant by prototypical memory?

Prototypes are constructed based on a person’s past memory of similar objects within a category.

How does the prototype theory explain categorization?

Within prototype theory a category is what is used to assess similarity between objects. Prototypes can be placed into categories.

What is the prototype approach?

The process of categorizing objects based on a prototype, or best example.

According to Wikipedia, Eleanor Rosch is an American psychologist. She is a professor of psychology at the University of California, Berkeley, specializing in cognitive psychology and primarily known for her work on categorization, in particular her prototype theory, which has profoundly influenced the field of cognitive psychology.

Other Resources About Eleanor Rosch

What Schools Are Affiliated With Eleanor Rosch?

Eleanor Rosch is affiliated with the following schools: