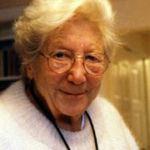 Why Is Florence Wald Influential?

According to Wikipedia, Florence Wald was an American nurse, former Dean of Yale School of Nursing, and largely credited as "the mother of the American hospice movement". She led the founding of Connecticut Hospice, the first hospice program in the United States. Late in life, Wald became interested in the provision of hospice care within prisons. In 1998, Wald was inducted into the National Women's Hall of Fame.

Other Resources About Florence Wald

What Schools Are Affiliated With Florence Wald?

Florence Wald is affiliated with the following schools: