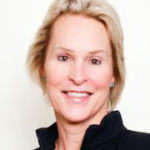 Why Is Frances Arnold Influential?

Areas of Specialization: Chemical Engineering, Biochemistry and Molecular Biophysics, Biochemistry, Chemical Biology, Organic Chemistry
Frances Arnold is the Linus Pauling Professor of Chemical Engineering, Bioengineering, and Biochemistry for the California Institute of Technology. She earned a B.S. in mechanical and aerospace engineering from Princeton University and an M.S. and Ph.D in chemical engineering from the University of California, Berkeley. She earned a Nobel Prize in Chemistry for her discovery of methods of using directed evolution to facilitate enzyme development.

Some of the enzymes she has been able to develop with directed evolution are enzymes to produce environmentally friendly pharmaceuticals and renewable fuels. Other enzymes have evolved to provoke cyclopropanation and nitrene transfer reactions.

Arnold was Inducted into the National Inventors Hall of Fame in 2014 and became an International fellow of the Royal Academy of Engineering in 2018. Most recently, Pope Francis made her a member of the Pontifical Academy of Sciences, a scientific academy located in the Vatican City.

According to Wikipedia, Frances Hamilton Arnold is an American chemical engineer and Nobel Laureate. She is the Linus Pauling Professor of Chemical Engineering, Bioengineering and Biochemistry at the California Institute of Technology . In 2018, she was awarded the Nobel Prize in Chemistry for pioneering the use of directed evolution to engineer enzymes.

Other Resources About Frances Arnold

What Schools Are Affiliated With Frances Arnold?

Frances Arnold is affiliated with the following schools: