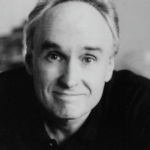 Why Is Frank Bidart Influential?

According to Wikipedia, Frank Bidart is an American academic and poet, and a winner of the Pulitzer Prize for Poetry. Biography Bidart is a native of California and considered a career in acting or directing when he was young. In 1957, he began to study at the University of California at Riverside, where he was introduced to writers such as T.S. Eliot and Ezra Pound and started to look at poetry as a career path. He then went on to Harvard, where he was a student and friend of Robert Lowell and Elizabeth Bishop. He began studying with Lowell and Reuben Brower in 1962.

Other Resources About Frank Bidart

What Schools Are Affiliated With Frank Bidart?

Frank Bidart is affiliated with the following schools:

What Are Frank Bidart's Academic Contributions?

Frank Bidart has made the following academic contributions: