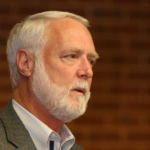 Why Is G. Wayne Clough Influential?

Gerald Wayne Clough is President Emeritus for the Georgia Institute of Technology and co-founder of the United States Universities Council of Geotechnical Engineering Research. He earned bachelor’s and master’s degrees in civil engineering from Georgia Tech, and a Ph.D. in civil engineering at the University of California at Berkeley.

During his fourteen-year tenure as President of Georgia Tech, he worked to broaden research capability and funding across campus. Under his leadership, more than a billion dollars was spent on huge construction projects across campus. He led programs to make the school more accessible for low-income applicants and to enrich research and recruitment programs.

He left Georgia Tech to become Secretary of the Smithsonian Institution, where he remained until 2014. He has also served on President George W. Bush’s Council of Science and Technology, and as a member of the National Science Board. He was inducted into the Technology Hall of Fame of Georgia in 2009, and is an honorary member of the ANAK Society.

According to Wikipedia, Gerald Wayne Clough is President Emeritus of the Georgia Institute of Technology and former Secretary of the Smithsonian Institution. A graduate of Georgia Tech in civil engineering, he was the first alumnus to serve as President of the Institute.

Other Resources About G. Wayne Clough

What Schools Are Affiliated With G. Wayne Clough?

G. Wayne Clough is affiliated with the following schools: