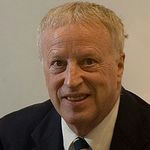 Why Is George Akerlof Influential?

George Akerlof is a university professor at Georgetown University’s McCourt School of Public Policy and an emeritus professor at the University of California, Berkeley. He earned a B.A. degree from Yale University and a Ph.D from the Massachusetts Institute of Technology.

The Market for Lemons: Quality Uncertainty and the Market Mechanism is Akerlof’s best-known work, examining how consumer demand for “lemon” prices among used car dealerships drives “peaches” out of the market, resulting in a market that is majority lemon and seldom yields a peach. His research eventually led to current lemon laws, in an effort to better protect consumers from larger, hidden market forces.

His other research interests have included identity economics, efficiency wages, reproductive technology, security, and macroeconomics. Akerlof serves as a trustee for Economists for Peace and Security. His work with Paul Romer yielded Looting: The Economic Underworld of Bankruptcy for Profit, which highlights the loopholes and systemic flaws of bankruptcy protection, allowing some companies to profit from it.

He was a co-winner of the Nobel Memorial Prize in Economic Sciences in 2001, with Michael Spence and Joseph Stiglitz. He is a fellow of the American Academy of Arts and Sciences and has a seat on the advisory board for the Institute for New Economic Thinking.

According to Wikipedia, George Arthur Akerlof is an American economist who is a university professor at the McCourt School of Public Policy at Georgetown University and Koshland Professor of Economics Emeritus at the University of California, Berkeley. Akerlof was awarded 2001 Nobel Memorial Prize in Economic Sciences, jointly with Michael Spence and Joseph Stiglitz, "for their analyses of markets with asymmetric information."

Other Resources About George Akerlof

What Schools Are Affiliated With George Akerlof?

George Akerlof is affiliated with the following schools: