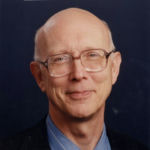 American chemist and professor of chemistry

Why Is George M. Whitesides Influential?

Whitesides is Woodford L. and Ann A. Flowers University Professor at Harvard University. He received his Bachelor of Arts degree at Harvard College in 1960, and his Ph.D. in Chemistry from the California Institute of Technology (Caltech) in 1964. A prolific researcher, Whitesides earned the highest Hirsch index rating of all living chemists in 2011, an index that attempts to measure the productivity and impact of scholars by analyzing their publications.

Whitesides focuses on organic chemistry, and has performed core research using Nuclear Magnetic Resonance (NMR) spectroscopy, a powerful technique for investigating the nuclei of atoms. Whitesides has also done extensive work on polymers, large molecules with many subparts, at the Massachusetts Institute of Technology (MIT) as well as Harvard University. His recent interests are in physical and organic chemistry, materials science, topics in complexity and emergence, and many other aspects of chemistry and cognate fields. At Harvard, Whitesides is co-founder and director of the (appropriately named) Whitesides Research Group at Harvard. He is also known for his having played a “pivotal role” in the development of the Corey-House-Posner-Whitesides reaction (also known as the Corey-House synthesis, a much more manageable title!), a major development in chemistry. The Corey-House reaction is an organic reaction involving several molecules. It is a powerful tool for synthesizing new complex organic molecules.

According to Wikipedia, George McClelland Whitesides is an American chemist and professor of chemistry at Harvard University. He is best known for his work in the areas of nuclear magnetic resonance spectroscopy, organometallic chemistry, molecular self-assembly, soft lithography, microfabrication, microfluidics, and nanotechnology. A prolific author and patent holder who has received many awards, he received the highest Hirsch index rating of all living chemists in 2011.

Other Resources About George M. Whitesides

What Schools Are Affiliated With George M. Whitesides?

George M. Whitesides is affiliated with the following schools: