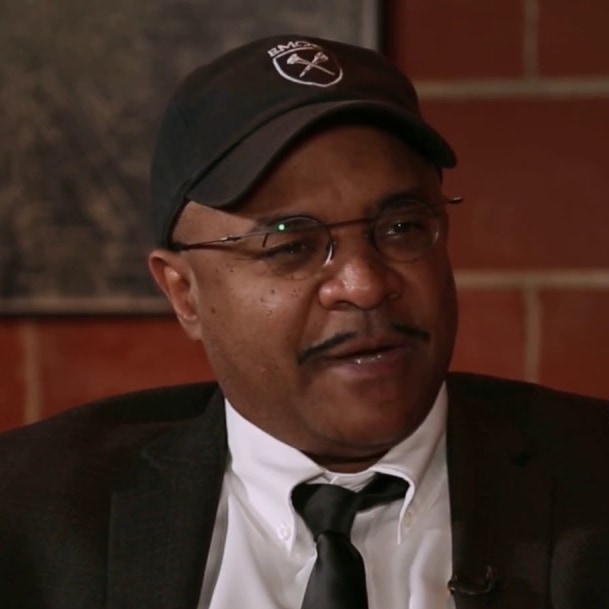 He is best known for his scholarly work in critical whiteness studies, critical phenomenology, critical philosophy of race, and African American philosophy. He is a prolific writer with more than 150 published works, including Our Black Sons Matter: Mothers Talk About Fears, Sorrows, and Hopes and On Race: 34 Conversations in a Time of Crisis. He most recently published Across Black Spaces: Essays and Interviews from an American Philosopher, which was published in 2020. In 2017, Our Black Sons Matter was recognized by Booklist as a Top 10 Diverse Nonfiction book.

He has also appeared in two documentaries, Lillian Smith: Breaking the Silence, an independent documentary, and Rest in Power: The Trayvon Martin Story, a mini-series aired on Paramount.

George Dewey Yancy is an American philosopher who is the Samuel Candler Dobbs Professor of Philosophy at Emory University. He has been a professor of philosophy at Emory University since fall 2015. He is also a distinguished Montgomery Fellow at Dartmouth College, one of the college's highest honors. In 2019-20, he was the University of Pennsylvania's Inaugural Provost's Distinguished Visiting Faculty Fellow. He is also the editor for Lexington Books' "Philosophy of Race" book series. He is known for his work in critical whiteness studies, critical philosophy of race, critical phenomenology , and African American philosophy, and has written, edited, or co-edited more than 20 books. In his capacity as an academic scholar and a public intellectual, he has also published over 200 combined scholarly articles, chapters, and interviews that have appeared in professional journals, books, and at various news sites. For example, as a public intellectual, Yancy has authored numerous influential essays and conducted intellectually engaging interviews at both The New York Times philosophy column "The Stone," and at Truthout. He has also published at CounterPunch, The Guardian, Inside Higher Ed, and The Chronicle of Higher Education. At "Academic Influence," Yancy is cited as one of the top 10 influential philosophers in the last 10 years, 2010-2020, based upon the number of citations and web presence. Yancy has been interviewed on various radio stations throughout the U.S. He has also appeared in two documentaries, Lillian Smith: Breaking the Silence, an independent documentary directed by Hal Jacobs and Henry Jacobs, with support from Georgia Humanities, 2019, and Rest in Power: The Trayvon Martin Story, a six-episode series released on July 30, 2018 on Paramount Network. Series was directed by Jenner Furts and Julia Willoughby Nason. Executive producers: Sybrina Fulton, Tracy Martin, Jay-Z, Chachi Senior, Michael Gasparro, Jenner Furst, Julia Willoughby Nason, and Nick Sandow.