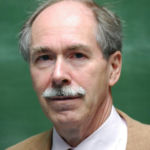 Why Is Gerard 't Hooft Influential?

Gerard ’t Hooft is a Dutch theoretical physicist and currently Professor of Physics at Utrecht University, the Netherlands. Hooft showed mathematical prowess early in his life, earning a silver medal in the second Dutch Math Olympiad. He received a Bachelor of Arts degree in Physics from Utrecht University in the Netherlands and his Ph.D. in Physics from Utrecht, working on elementary particles in theoretical physics.

Hooft’s work focuses on black holes, quantum gravity, and other fundamental aspects of quantum mechanics. He has done important work on holographic theory, for instance, a view inspired by string theory and thought to be a component of a theory of quantum gravity. Hooft became the editor-in-chief of Foundations for Physics in 2007. He won the Wolf Prize in 1981 and in 1999 Hooft shared the Nobel Prize in Physics with his thesis advisor Veltman for work on the electroweak interactions in physics.

See our interview with Dr. Hooft

According to Wikipedia, Gerardus 't Hooft is a Dutch theoretical physicist and professor at Utrecht University, the Netherlands. He shared the 1999 Nobel Prize in Physics with his thesis advisor Martinus J. G. Veltman "for elucidating the quantum structure of electroweak interactions".

Other Resources About Gerard 't Hooft

What Schools Are Affiliated With Gerard 't Hooft?

Gerard 't Hooft is affiliated with the following schools: