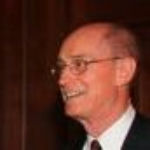 Why Is Henry Eyring Influential?

According to Wikipedia, Henry Eyring was a Mexico-born United States theoretical chemist whose primary contribution was in the study of chemical reaction rates and intermediates. History Eyring, a third-generation member of The Church of Jesus Christ of Latter-day Saints , was reared on a cattle ranch in Colonia Juárez, Chihuahua, a Mormon colony, for the first 11 years of his life. His father, Edward Christian Eyring, practiced plural marriage; Edward married Caroline Romney and her sister Emma Romney , both daughters of Miles Park Romney, the great-grandfather of Mitt Romney. In July 1912, the Eyrings and about 4,200 other immigrants were driven out of Mexico by violent insurgents during the Mexican Revolution and moved to El Paso, Texas. After living in El Paso for approximately one year, the Eyrings relocated to Pima, Arizona, where he completed high school and showed a special aptitude for mathematics and science. He also studied at Gila Academy in Thatcher, Arizona, now Eastern Arizona College. One of the pillars at the front of the main building still bears his name, along with that of his brother-in-law, Spencer W. Kimball, later president of the LDS Church.

Other Resources About Henry Eyring

What Schools Are Affiliated With Henry Eyring ?

Henry Eyring is affiliated with the following schools: