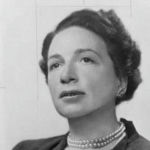 Why Is Hortense Powdermaker Influential?

According to Wikipedia, Hortense Powdermaker was an American anthropologist best known for her ethnographic studies of African Americans in rural America and of Hollywood. Early life and education Born to a Jewish family, Powdermaker spent her childhood in Reading, Pennsylvania, and in Baltimore, Maryland. She studied history and the humanities at Goucher College, graduating in 1921. She worked as a labor organizer for the Amalgamated Clothing Workers but became dissatisfied with the prospects of the U.S. labor movement amid the repression of the Palmer Raids. She left the United States to study at the London School of Economics, where she met the eminent anthropologist Bronisław Malinowski, who convinced her to embark on a course of doctoral studies. While at the LSE, Powdermaker also worked under and was influenced by other well-known anthropologists such as A. R. Radcliffe-Brown, E. E. Evans-Pritchard and Raymond Firth.

Other Resources About Hortense Powdermaker

What Schools Are Affiliated With Hortense Powdermaker?

Hortense Powdermaker is affiliated with the following schools: