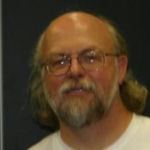 Why Is James Gosling Influential?

According to Wikipedia, James Gosling, often referred to as "Dr. Java," OC is a Canadian computer scientist, best known as the founder and lead designer behind the Java programming language. Gosling was elected a member of the National Academy of Engineering in 2004 for the conception and development of the architecture for the Java programming language and for contributions to Window systems.

Other Resources About James Gosling

What Schools Are Affiliated With James Gosling?

James Gosling is affiliated with the following schools: