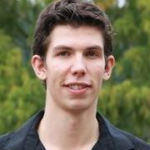 Why Is James Maynard Influential?

One of the youngest names among influential mathematicians, Maynard was just 26 when he came to prominence after providing a different proof to a popular theory of prime gaps at the time provided by Yitang Zhang. Indeed, Maynard is seen as a kind of specialist in prime gaps, and also solved a conjecture proposed by Paul Erdős concerning the topic. More recently, he helped prove the Duffin–Schaeffer conjecture.

For his work, Maynard has received several major awards, including the SASTRA Ramanujan Prize, the Whitehead Prize, the EMS Prize, and the Cole Prize in Number Theory.

According to Wikipedia, James Maynard is a British mathematician best known for his work on prime gaps. In 2017, he was appointed Research Professor at Oxford. Biography After completing his bachelor's and master's degrees at University of Cambridge in 2009, Maynard obtained his D.Phil. from University of Oxford at Balliol College in 2013 under the supervision of Roger Heath-Brown. For the 2013–2014 year, Maynard was a CRM-ISM postdoctoral researcher at the University of Montreal.

Other Resources About James Maynard

What Schools Are Affiliated With James Maynard ?

James Maynard is affiliated with the following schools: