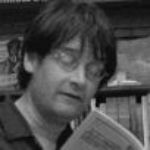 Why Is John Bellamy Foster Influential?

John Bellamy Foster is the editor of Monthly Review and a professor of sociology at the University of Oregon. He was born in 1953 in Seattle, Washington. After earning his B.A. from Evergreen State College, he earned his M.A. and Ph.D from York University. He is a well-known scholar in Marxist theory, ecological crises, and the political economy of capitalism.

At first, Foster’s research interests focused on capitalism and Marxian political economies, later blended with ecological crises. His work on redefining Marxist views on ecological concerns introduced the idea of a “metabolic rift”, and that work was recognized by the American Sociological Association’s Environment and Technology section, which awarded him the Distinguished Contribution Award. His book, Marx’s Ecology, was likewise awarded their book award for Marxist Sociology.

His other writings include What Every Environmentalist Needs to Know About Capitalism (written with Fred Magdoff), Critique of Intelligent Design (written with Brett Clark and Richard York), The Vulnerable Planet: A Short Economic History of the Environment, and in 2017, Trump in the White House: Tragedy and Farce.

Foster was the recipient of the 2008 Research Innovation Award of the University of Oregon. Today, Foster is the Vice President of The World Forum for Alternatives, and a Foundation Member of the International Advisory Board of Environmental Sociology.

According to Wikipedia, John Bellamy Foster is an American professor of sociology at the University of Oregon and editor of the Monthly Review. He writes about political economy of capitalism and economic crisis, ecology and ecological crisis, and Marxist theory. He has given numerous interviews, talks, and invited lectures, as well as written invited commentary, articles, and books on the subject.

Other Resources About John Bellamy Foster

What Schools Are Affiliated With John Bellamy Foster?

John Bellamy Foster is affiliated with the following schools:

John Bellamy Foster has made the following academic contributions: