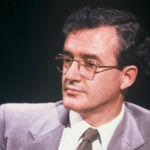 Why Is John Finnis Influential?

Areas of Specialization: Jurisprudence, Philosophy of Law
John Finnis is the Biolchini Family Professor of Law and a Permanent Senior Distinguished Research Fellow for University of Notre Dame. He is also a Professor Emeritus of Law & Legal Philosophy at the University of Oxford. he earned his LL.B from the University of Adelaide’s St. Mark’s College. He then attended University College in Oxford on a Rhodes scholarship, earning a PhD.

Well-known as a legal philosopher and scholar, Finnis has published a number of books and articles about the philosophical underpinnings of the law, including Moral Absolutes: Tradition, Revision, and Truth. He espouses a belief that there are seven basic goods that contribute to the well-being of humans: friendship, knowledge, play, life, aesthetics, practicality, and religion. His legal philosophy is strongly influenced by his Catholic faith.

He has held controversial views about same-sex marriage and morality. He has faced criticism due to his endorsement of Aung San Suu Kyi for the Nobel Peace Prize, who has since been broadly condemned for her role in the persecution of the Rohingya people in Myanmar.

Finnis was appointed Queen’s Counsel and Companion in the General Division of the Order of Australia, which is the highest honor to be bestowed on a civilian by the Australian government.

According to Wikipedia, John Mitchell Finnis, , is an Australian legal philosopher, jurist and scholar specializing in jurisprudence and the philosophy of law. He is the Biolchini Family Professor of Law, emeritus, at Notre Dame Law School and a Permanent Senior Distinguished Research Fellow at Notre Dame's de Nicola Center for Ethics and Culture. He was Professor of Law & Legal Philosophy at the University of Oxford from 1989 to 2010, where he is now professor emeritus. He acted as a constitutional adviser to successive Australian Commonwealth governments in constitutional matters and bilateral relations with the United Kingdom.

Other Resources About John Finnis

What Schools Are Affiliated With John Finnis?

John Finnis is affiliated with the following schools:

What Are John Finnis's Academic Contributions?

John Finnis has made the following academic contributions: