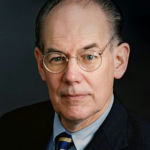 Why Is John Mearsheimer Influential?

John Mearsheimer is the R. Wendell Harrison Distinguished Service Professor at the University of Chicago. He served for five years as an officer of the U.S. Air Force after graduating from the United States Military Academy at West Point. While serving, he graduated from the University of Southern California with a master’s degree in International Relations. He went on to earn a Ph.D in government from Cornell University.

He is well known for his views on nuclear proliferation and the Middle East. He has held controversial positions on the use of nuclear deterrence (He has advocated for the ongoing nuclearization of Ukraine and Germany as a deterrence against future Russian aggression in the region.

His two most recent books are Why Leaders Lie: The Truth About Lying In International Politics from 2011, and The Great Delusion: Liberal Dreams and International Realities, published in 2018. Although sometimes criticized for his views, his ability to inspire thoughtful discussion about challenging issues has advanced critical evaluation of complex issues such as Gaza and the West Bank, nuclear proliferation in India, and global order. As a political scientist, Mearsheimer sees himself as an offensive neorealist as it pertains to how he views interactions among global powers.

Mearsheimer was recently awarded the James Madison Lecture Award by the American Political Science Association which recognizes an American political scientist that has made a distinguished scholarly contribution to political science. In conjunction with that award, Mearsheimer gave the lecture, Liberalism and Nationalism in Contemporary America which will be published in an upcoming edition of PS: Political Science & Politics.

According to Wikipedia, John Joseph Mearsheimer is an American political scientist and international relations scholar, who belongs to the realist school of thought. He is the R. Wendell Harrison Distinguished Service Professor at the University of Chicago. He has been described as the most influential realist of his generation.

Other Resources About John Mearsheimer

What Schools Are Affiliated With John Mearsheimer?

John Mearsheimer is affiliated with the following schools:

What Are John Mearsheimer's Academic Contributions?

John Mearsheimer has made the following academic contributions: