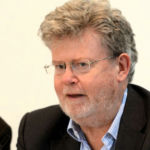 Why Is John Milbank Influential?

Alasdair John Milbank was born October 23, 1952 in Kings Langley, England. He studied modern history at The Queen’s College, Oxford and earned a postgraduate certificate in theology from Westcott House, Cambridge, where he studied under Rowan Williams. His Ph.D. is from the University of Birmingham. He was also awarded a senior Doctor of Divinity from the University of Cambridge in 1998 in recognition of his published scholarship.

Milbank’s most significant and famed contributions come at the dialogue between theology and the social sciences. Milbank argues that the social sciences, as they arose in modernity and come to expression in the modern world, are the consequences of a secularistic and antagonistic ontology. Theology, by contrast, offers a holistic, peaceable, and divinely inspired ontology and perspective. Milbank is often viewed as the founder of the theological movement known as “radical orthodoxy,” which is highly critical of modernity and liberalism.

Milbank is Emeritus Professor in the Department of Theology and Religious Studies at the University of Nottingham, where he is also President of the Centre of Theology and Philosophy.

Other Resources About John Milbank

What Schools Are Affiliated With John Milbank?

John Milbank is affiliated with the following schools: