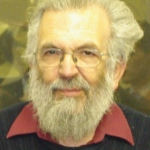 Why Is Joseph Raz Influential?

Joseph Raz is Columbia Law School’s Thomas M. Macioce Professor of Law Emeritus and a leading expert in moral, legal, and political philosophical thought. He earned a D. Phil from Oxford University and a Magister Juris from Hebrew University.

In 2018, Raz was awarded the Tang Prize in Rule of Law for his trailblazing work in legal philosophy. He is well known for his lectures, the most notable of which are the Minerva lecture on Human Rights, given at Tel Aviv University in 2006, as well as the Plenary Lecture at the World Congress of the International Association for the Philosophy or Law and Social Philosophy in Beijing in 2009. His most recent prestigious lecture was the Howison Lecture, delivered at UC Berkeley in 2018.

According to Wikipedia, Joseph Raz was an Israeli legal, moral and political philosopher. He was an advocate of legal positivism and is known for his conception of perfectionist liberalism. Raz spent most of his career as a professor of philosophy of law at the University of Oxford associated with Balliol College, and was latterly a part-time professor of law at Columbia University Law School and a part-time professor at King's College London. He received the Tang Prize in Rule of Law in 2018.

Other Resources About Joseph Raz

What Schools Are Affiliated With Joseph Raz?

Joseph Raz is affiliated with the following schools: