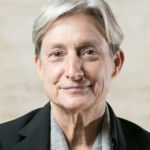 Why Is Judith Butler Influential?

Judith Butler is the Maxine Ellio Professor in the Department of Comparative Literature and the Program of Critical Theory at the University of California, Berkeley. Butler earned a bachelor of arts in philosophy at Yale University in 1978, and her PhD at Yale in 1984. In addition to UC Berkeley, Butler has taught at Wesleyan University, George Washington University, Johns Hopkins University, Columbia University, and the University of Amsterdam.

Drawing on critical traditions including phenomenology, feminism, cultural criticism, and philosophy of language, much of Butler’s work focuses on issues of gender. At the core of her work is the argument that gender is performative, an idea heavily influenced by Maurice Merleau-Ponty and Simone de Beauvoir. In this approach, Butler differentiates between sex as a biological designation, and gender as the product of culture and action. Consequently, however much a person identifies with or resists their declared gender is a matter of performativity in regards to established norms and expectations. From this, Butler argues gender is real in that we perform it and make it real, which also makes it fluid, and capable to change through our performative choices.

For her work, Butler has received numerous awards and honors, including honorary doctorates from McGill University and the University of Belgrade, the Theodor W. Adorno Award, and a Guggenheim Fellowship.

According to Wikipedia, Judith Pamela Butler is an American philosopher and gender theorist whose work has influenced political philosophy, ethics, and the fields of third-wave feminism, queer theory, and literary theory. In 1993, Butler began teaching at the University of California, Berkeley, where they have served, beginning in 1998, as the Maxine Elliot Professor in the Department of Comparative Literature and the Program of Critical Theory. They are also the Hannah Arendt Chair at the European Graduate School.

Other Resources About Judith Butler

What Schools Are Affiliated With Judith Butler?

Judith Butler is affiliated with the following schools:

What Are Judith Butler's Academic Contributions?

Judith Butler has made the following academic contributions: