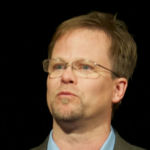 Why Is Kevin Folta Influential?

According to Wikipedia, Kevin M. Folta is a professor of the horticultural sciences department at the University of Florida. From 2007 to 2010 he helped lead the project to sequence the strawberry genome, and continues to research photomorphogenesis in plants and compounds responsible for flavor in strawberries. Folta has been active as a science communicator since 2002, especially relating to biotechnology. He has faced controversy over what his critics say are his industry connections. In 2017 he was elected as a fellow of the Committee for Skeptical Inquiry.

Other Resources About Kevin Folta

What Schools Are Affiliated With Kevin Folta?

Kevin Folta is affiliated with the following schools: